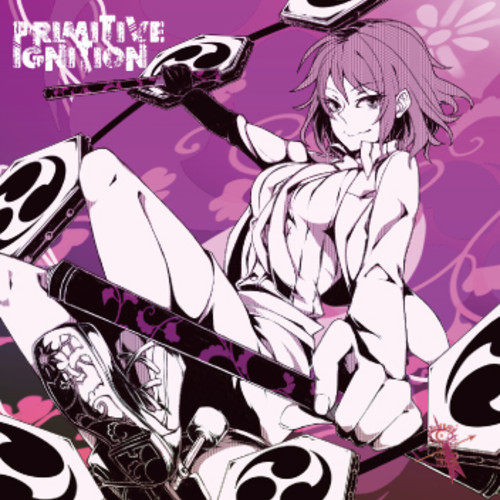 Complextro has been a fairly new subgenre that has emerged on the scene since the advent of dubstep. Characterized for quick and abrupt changes in instruments, complextro is exactly what it’s name implies; it is a more complex form of electro house music. Most notable artists within Touhou Doujin music would be cYsmix, IZMIZM, and of course, Jerico’s Law. So when going through a library of music that came out at Comiket 85, I noticed that Jerico’s Law was one of them. Now, I have heard some things from them, maybe a song or two on Youtube when it was in my “recommended section,” but I have not heard a full album from them. So when I got my hands on their newest album “Primitive Ignition” I was more then stunned by how intense the music experience was going to be.

Sitting down and just opening up the intro track you are greeted with some amazing dubstep, with the track being roughly 40 seconds long, I was kinda looking for more since that was such an amazing opener. This album is full of stuff like that. It has perfect tracking, which is something I don’t normally look at very hard. When it comes to complextro albums though, I see that a lot of them want to guide the listener on a rollercoaster of sounds. Start with a really heavy slow dubstep song, maybe lead you into some nightcore, something like that. I see that the tracking on this album leads you on a journey though all the genres Jerico’s Law is known for.

You can see that in the album they use some very interesting techniques. In the song “Castle Musical” The song uses whispers to drive the song along. It is something that caught me off guard when I was first listening to this song when I was driving in my car. The song “Hobbit Dancer” is also one of my favorite songs on the album. The song has a nice funk feeling to it with the vocalist. The vocalist is the true star of this song with her amazing voice bringing life to a song that would sound like anything else Jerico’s Law made in the past years (not saying that is a bad thing). Any lets not forget those lyrics, man, just the first verse out of the starting chorus had me singing along (queue the sound bite of me singing Janet Jackson).

To me this is a great album to recommend to anyone out there wanting something really fun and intense to listen to. I found this album great to listen to when you are busy. For complextro fans out there who have yet to pick this album up, I really recommend it.