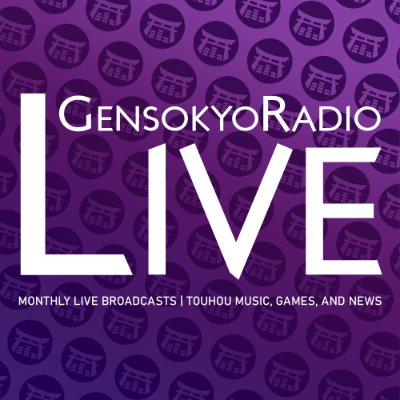 This week, we had our 124th episode of Gensokyo Radio Live and continued working through an internal production log. For more details, read on.

In our previous update, we mentioned that our show was “tentatively” scheduled with a guest, meaning that we were pretty sure about the details but still needed to iron out a few things before making an official announcement. In that time, we decided to shuffle a couple of our upcoming guests around to allow for more production time during the week. As a result, Live #124 ended up being a relatively chill episode where Lunar and DMJ got to chat about our regular fare of topics. This also means that we’ve got a couple guests already lined up for some time within the next few months including a couple folks we haven’t caught up with in a while, so look forward to that!

Live #124 also gave us an opportunity to try out some new tech we recently acquired in preparation for TouhouFest in April. We talked about this more during the broadcast, but we’re already preparing for our booth, making lists, prototyping layouts, and more. One important note is that we’ve decided to not sell anything from our store on-location. Aside from the logistic challenges (and costs) of shipping inventory halfway across the country, we would rather focus on meeting and chatting with people, playing good music, and having fun. We might have some freebies available like stickers or buttons, but no sales will be made.

A major portion of this week ended up being dedicated to continuing production on an order of albums for an independent music circle. We’ll leave out the details, but we’re noting it down here because it occupied a large amount of time which would have otherwise been given to our other projects like store or web app.

Speaking of, we’ve got more updates coming to the store in the not-too-distant future, and we made additional albums available not too long ago, so go check out our store if you haven’t recently, and come back soon for more updates.

For those who are looking forward to the podcast episodes of our recent Meetup and Live events, we’ll have those available by next weekend. Meetup #20’s post-production work was pushed back due to album production this week. That’s all for this week, thanks for tuning in to our Live show this weekend, and thanks for listening!