Day 1: I went out to our storage unit this evening to grab some things, only to discover the rope handle was frozen to the ground. It reached 40F today, so I was being optimistic, but alas… no luck opening the door. 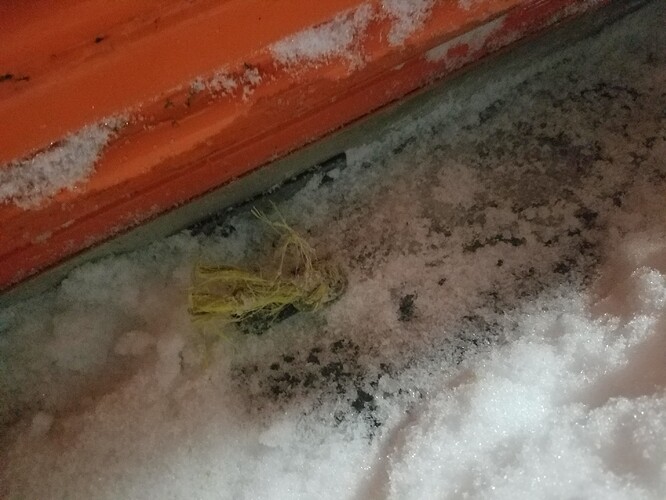 Still making a run out to the new place to move stuff, so progress will be made tonight. More updates soon.

Ya coulda peed on it.

Would be weird to do that as a renter. Might take hot water with next time though, and/or an ice pick.

Day 2: Prepped studio equipment and library for the move. 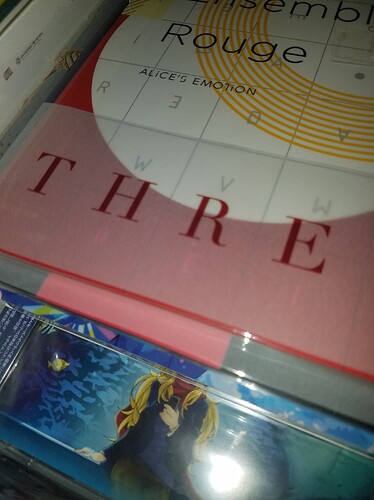 Day 3: Brought packed items along with smaller, fragile, and/or bulky items to the new location. Also did some network testing to see if we can do anything to improve the quality of our internet situation for the next couple months. We’ll be operating off of mobile internet until the ground thaws and a fiber line can be run out to the new location. Will make things interesting for sure.

Till the next update~

Day 4 - End: The majority of our stuff was packed, leaving only a box or two worth of stuff behind to retrieve at a later time. Certain items required greater care when packing such as the printer we used for producing CDs for Comiket 92. 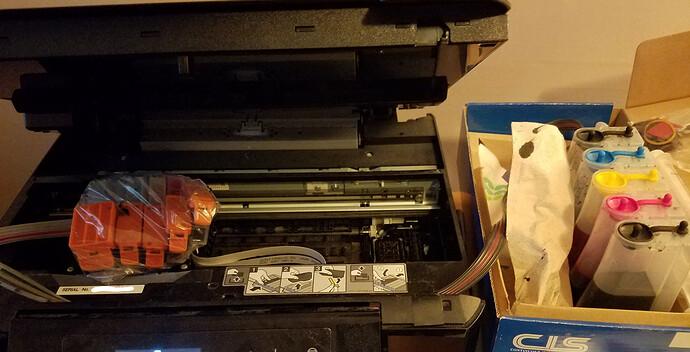 Things always get messier before they get cleaner. 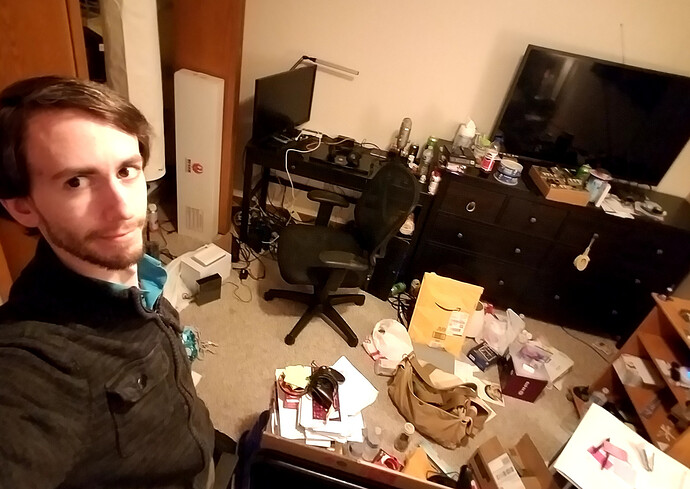 Much of our stuff was ferried in car trips. We wanted to get things that could be boxed out ahead of the movers that would be showing up on Monday. Any time that could be saved would eventually translate into dollars saved when the movers were working. 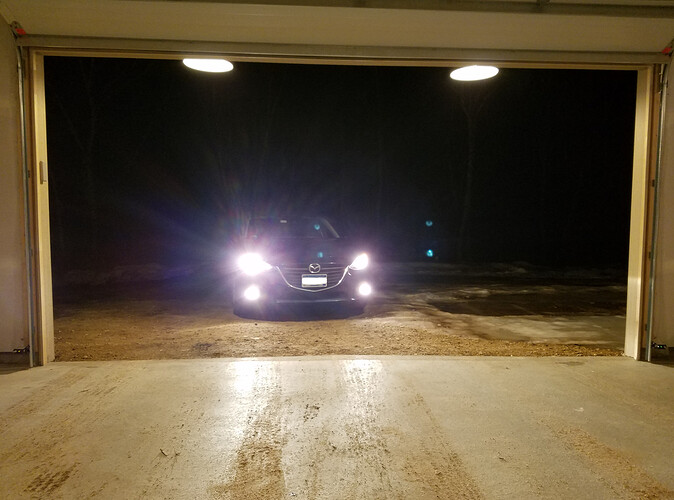 This is where the station and the Live shows began, and it was finally time to move out for good. 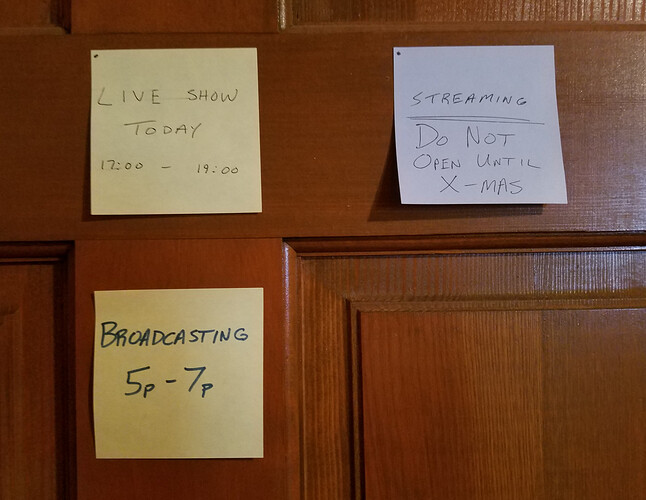 It was a snowy moving day. They brought a huge truck, much bigger than we actually needed, but it was cool anyway. 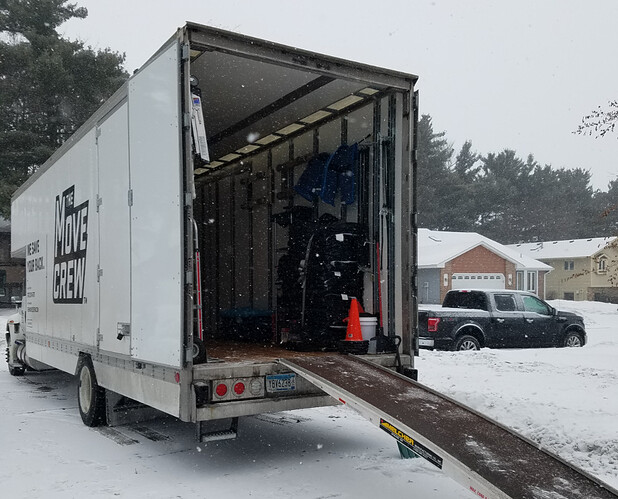 And so it begins again…

Not a whole lot out here. That includes internet access… we’re stuck with Verizon hotspots for the next couple months at least. There’s a company that provides fiber which has a line running along a nearby county road. We’ll need them to dig in a new line to get decent internet access again. It’ll probably be a ton better than what we had before (never got higher than about 2.5MBps downloading games on Steam… my apartment near Minneapolis had better speeds). 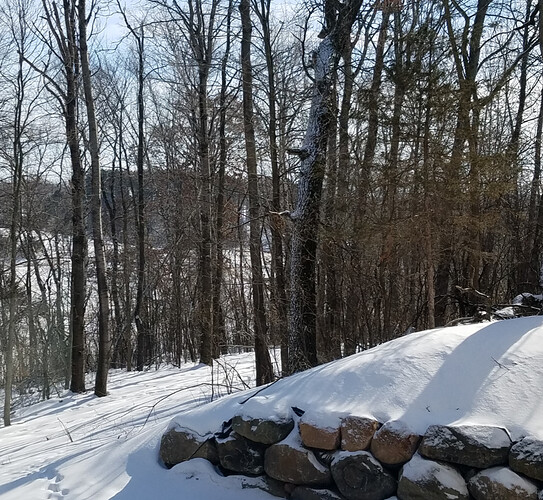 Until then, things will be interesting. Any cooking show that we do this year will have to wait until Spring at the earliest. Can’t dig into the ground if its frozen. I’ll tinker around with the internet we do have until then. 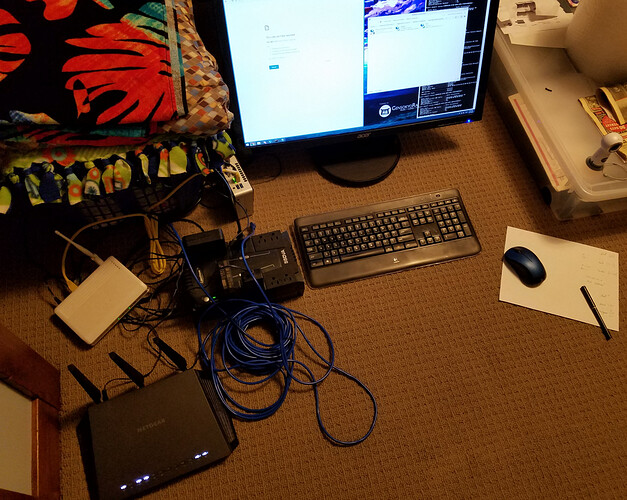 That’s it for the moving log. Lots of photos in this post, I wanted to provide a different look at how things are behind the scenes. It’s nothing too special, nothing that’s super related to the station. Moving’s a big deal, especially when I lived at the other place for most of my life (exceptions including early childhood and when I moved into an apartment for a couple years). I’ll see you around o7