So recently this year, and sadly so, Anime Boston 2020 was cancelled. Due to the pandemic and stuff, it has been a rough year so far.

But with this in mind, perhaps we can all take the opportunity to save up and do a proper meetup for the next Anime Boston? It might be 2021, or later at worst. It might not even be Anime Boston anymore, when push comes to shove.

Either way, I hope we can have this forum topic as a plase to discuss conventions. I feel like convention discussion on discord simply drowns in all the other chatter.
A convention in the USA, Europe, Asia, or any other part of the globe, that discussion will be here. We could discuss prices, flights, and just convention planning in general.

As for now, we can only hope for the best, and save up until the next opportunity.

The last convention that I partook in, was in Desucon 2018. There I participated as ConCrew as we called it, and it was a blast. 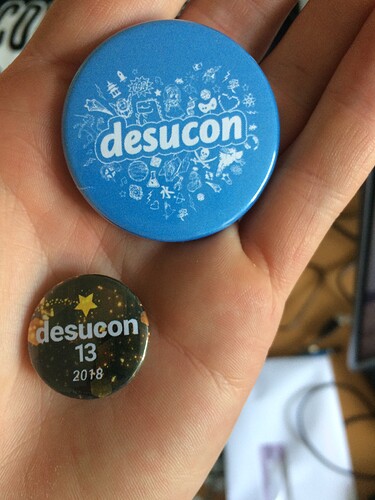 Did you know: The original Digital Miko T-shirts were at Desucon in 2014. We wrote an article about it, sorta.

Anywho, Boston has historically been a staple since we’ve had a really neat arrangement with folks in the arcade. It’s not a booth, so we can’t sell anything, but we definitely bring the music and it’s generally a good time.

Damn it, wish I knew about Gensokyo Radio earlier. I was at Desucon in 2014 as well! What a shame.

The original Digital Miko T-shirts were at Desucon in 2014

That’s Desucon in Norway or USA?

That would have been in Europe. I’d say which country, but I almost always got it wrong and one of the promoters would correct me with a little smiley face written after.

Hmm, yes, there are some conventions that may have the same name. It can get confusing at times. As for any other conventions in Europe, I considered going to JapanExp Sud in France. Would also be nice to attend a convention in Asia, as Touhou Project seems to be more prevalent in that area. Like last years convention, in Touhou Night Sky.