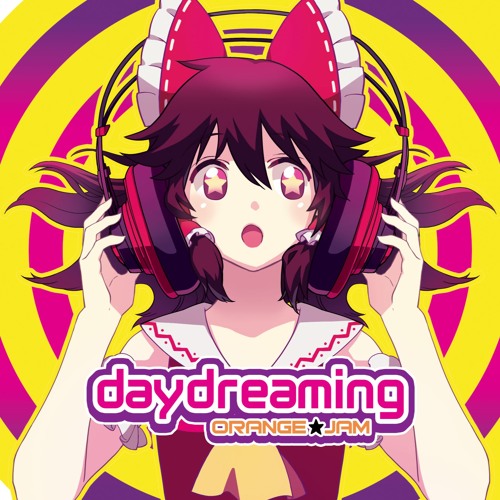 It seems like every time I get around to doing a review, the world looks at me and screams in my face WHAT DO YOU THINK YOU ARE DOING , SON! Then proceeds to set my world ablaze with dropping the new Frank Ocean album “Blond” onto Google play (Non-Touhou I know, but bear with me), the Cleveland Indians (my hometown MLB Team) is going to the World Series for the first time since 1997 (I was 4 when we lost, #RallyTogether), and Meshuggah’s “The Violent Sleep of Reason” becomes of the talk of the djent world. So all this week was a battle between all the forces that be plus trying to get this review done. When something like this happens I always get side tracked and end up listening to my chosen album a day before I need to publish a review and I always coming out thinking I could have done better. However this time around I played it smart. I prepared. I HAVE MASTERED TIME! I HAVE A CALANDER! When the time came, I already listened to the album and had my notes were taken, all I have to do is put that down in an article format.

Lucky, the album I have chosen was ORANGE★JAM’s 3rd compilation album, “daydreaming” which made it’s debut at Comiket 90. Being a compilation album it features “pop, house and dance music in 5 vocal tracks and 5 off vocal tracks in collaboration with a wide variety of Japanese and European arrangers.” according to the official page for the album." That might not sound like a lot but boy does this album deliver. Not only does the vocalist, Renko, blow the competition out of the water with her impeccable voice, but her lyrics on this album puts you in the frame of mind she states on the site: “When I’m listening to music… I can’t help but dream the days away.”

The other thing that makes this really pop is that along with having Maurits"禅"Cornelis (FELT) on this album doing a remix of “reach for the top!!!” but also having him on as the recording engineer makes everything just mesh together. In order to get into the other tracks, you need to look at some of the people who are doing the arranges. For example, kirin’s track “only if, only when” feels like something you would expect coming off an East New Sound record, however, Renko’s vocal delivery really gives it that ORANGE★JAM flair.

Breaking the album down, the title track “daydreaming” is a nice intro into what the album is all about. Featuring an arrangement of Denis Siks (SOTUI) (Attack the Music), this track is all about dreaming days away. I kinda feel that same why too. When I am at work I feel time goes faster when I listen to my music, thinking about other things, going on automatic and just cruising. The track is strong opener like I said; it sets the mood. It also has a nice bump to it. I kinda just can’t help but dance to this track, and sing, and make a fool out of myself while putting a car together.

The Next track I want to talk about is kirin’s “only if, only when” which I already touched on. Renko’s vocals are spot on. I always find myself entranced on the lyrics and it is partly because of how well they converse to the listener, but also the delivery in Renko’s raw talent as a vocalist. This is by far my favorite track on the album.

The other tracks in short order are "reach for the top!!! (MZC Remix) which to the tracks credit it happens to be a very well done track to begin with that has been enhanced by Cornelis’ Remix. After that, “unchanging” done by LEVIATH. Another one of those songs you just can’t help singing and dancing too. The last track is called “tricked into satisfaction” arranged by wonder (OrangeCoffee). I would say this track is a bit more mellow than the rest of the tracks but definitely a good track to end the vocal portions of the album. Like stated before there are five off-vocal versions of the songs rounding out the total to 10.

Overall this album is my favorite out off Comiket 90 when it comes to pop music. It is wonderfully made. All the elements mesh together so well. If you want this album it is available on Melonbooks for 1512 Yen or $14.57 USD (without shipping and tax of course).