A Touhou Music Event in America?

It’s more likely than you think!

If you didn’t tune in to our last show, and you don’t follow us on any of our regular social channels (why aren’t you?), we’re looking to gain a better understanding of the Touhou fan presence in America for the purposes of exploring the feasibility of holding a live Touhou concert event.

Is Gensokyo Radio jumping the shark? Have we gone mad? (No, we haven’t) 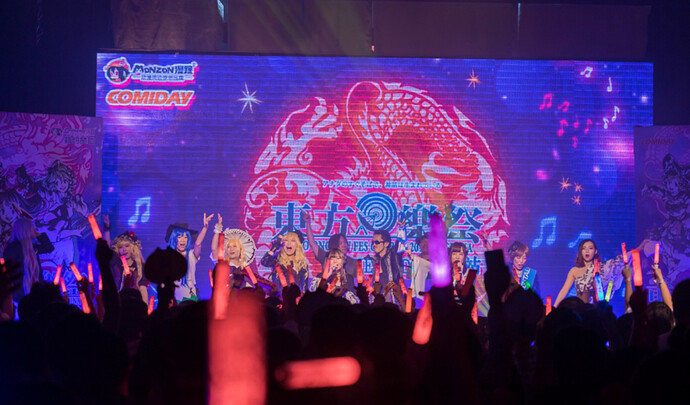 What circles might we see at one of these events? 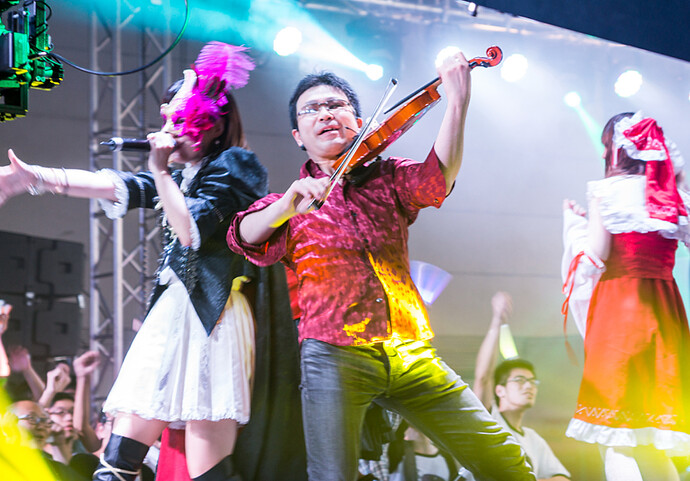 They’re exploring the possibility of running events beyond China and the Southeast Asian region, and that includes America (which refers to the continent of North America but is more likely to focus on the United States due to a higher concentration of fans).

To this end, Gensokyo Radio wants to know more about the presence of fans in the region and has put together a survey. The results of the survey will be shared among our team as well as Toho Ongaku Fes Global for the purposes of exploring the feasibility of running an actual Touhou live concert event in America.

So, help us turn this idea into reality, let us know what you think, and you too might one day find an event like this coming to a city near you!

Comments or questions outside of the survey are welcome below.

Normally I would post a ‘shut up and take my money’ but I don’t have the money nor time to spare. that and I’m still under a roof. I love the idea
In the end I would love this and hope it becomes more prevalent in the West

This would be a great event but one thing does stand out in my mind about this.
Recently Love live has expanded it’s Delayed/live viewings to the USA. Basically, Large movie theaters would show a recording of a concert, and everyone would bring lightsticks and be cheering and doing call and response along with it as if they were actually there.

Last fall, they added a number of big cities for a concert viewing, and last month they added a whole bunch of smaller cities as well for another one. In my case, Columbus was the nearest and we had a great turnout for the fall viewing, as many people traveled from Michigan and all over the Midwest for it.

However for the last event, we got noticeably fewer people and were put in a smaller theater. Fewer people traveled to Columbus due to having other locations that were closer. On the downside for those people, the smaller cities had very few people turn out and had some pretty poor showings (some apparently only had a dozen people show up, as opposed to roughly 130 in Columbus).

If this is to happen, considering how Touhou music is a kind of similar (being a niche thing in America I mean), I would hope that it’s either advertised really, really well, or coincides with a big-city con or event to draw in a crowd. Location and Timing would be my number one concern with such an event.

Indeed. These are all things that we’ve already considered and talked about. For this reason, the survey is actually quite critical in highlighting interest in the US and surrounding region, as well as helping point us to the most relevant regions for locations.

There’s only a few days remaining to tell us how much you want to see a Touhou concert event happen in America! Visit GensokyoRadio.net/survey and remain totally anonymous while increasing the chances of such an event. Survey ends at the end of the day on June 19th. 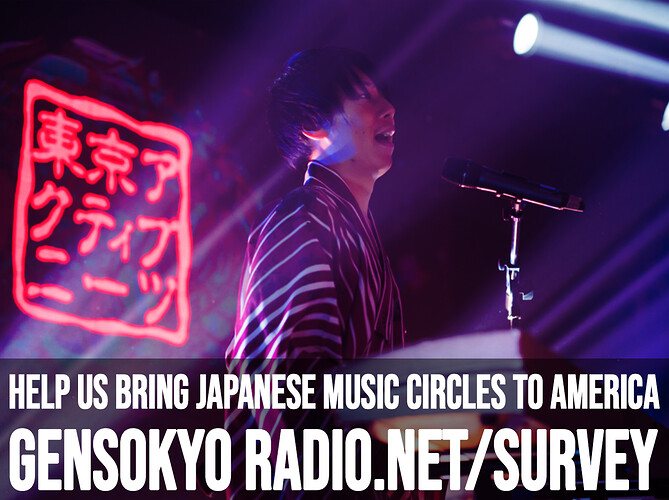 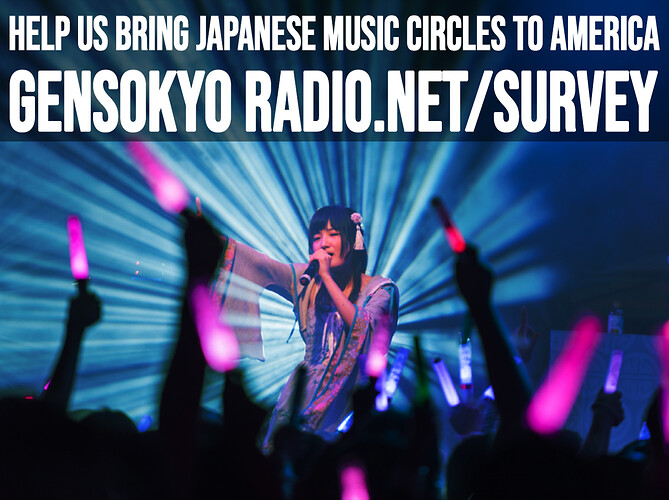